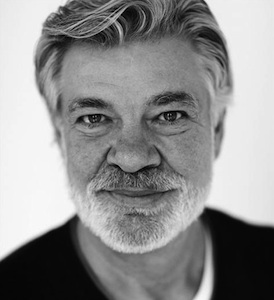 Delighted to finally announce our incredible cast for my brand-new stage adaptation of The Box of Delights at Wilton’s Music Hall:

National Treasure Matthew Kelly and West End superstar Josefina Gabrielle are to star, as part of an ensemble cast in the gloriously Christmassy surroundings of Wilton’s Music Hall. Joining Kelly and Gabrielle as part of the stellar lineup will be Mark Extance, Safiyya Ingar, Tom Kanji, Samuel Simmonds, Rosalind Steele and Alistair Toovey.

Matthew Kelly is an Olivier-award winning actor best known for television and stage acting and presenting family favourites Stars In Their Eyes and Game For a Laugh. Having appeared in several West End productions; Of Mice and Men, Waiting For Godot, Funny Peculiar and Sign of the Times to name a few, Matthew has most recently been appearing in Desire Under The Elms at the Sheffield Crucible. Three-time Olivier-nominated Josefina Gabriellehas appeared in countless West End shows, including Stepping Out, Charlie and The Chocolate Factory, Sweet Charity and Merrily We Roll Along. Her television credits include Miranda, Doctors, Auf Wiedersehen Pet and Heartbeat.

The original great British children’s literary classic, which has inspired authors from C S Lewis to J K Rowling, The Box Of Delights was reinvented as an award-winning BBC television show in the 1980s and became an instant cult classic, creating a fanbase of thousands around the world. This brand-new stage show tells the story of young orphan Kay Harker, the boy who must save Christmas. On the train home for the holidays he encounters an old magician, Cole Hawlings, who tasks Kay with protecting his Box of Delights, a wondrous device with time travelling powers. And so begins a tale of adventure that transports Kay through time and space, as he must protect the Box against Cole’s nemesis, the evil sorcerer Abner Brown.

Matthew Kelly says ‘I couldn’t be more delighted to be returning to Wilton’s, a magical venue and the perfect setting for the Christmas classic The Box of Delights. How they will achieve the effects of snow, flood, talking animals, miniaturised children and flying cars in this exciting time-travel adventure I have no idea. If anybody can do it, Justin Audibertdirecting and Tom Piper designing can and that’s why I’m on board. Hurrah.’

Josefina Gabrielle says ‘I’m so excited to be joining the cast of The Box of Delights. And I can’t wait to see what this incredible creative team has in store for us in bringing this wonderful story to life at the very special Wilton’s Music Hall this Christmas.’

Packed with Christmas spirit, festive fun and magic, this family show is brought to life by our acclaimed creative team including Director Justin Audibert (Royal Shakespeare Company; National Theatre) and Olivier award-winning Designer Tom Piper and takes place in the wonderful Wilton’s Music Hall, a venue so Christmassy the smell of mulled wine positively oozes from the walls…