A Wisp of Wisdom 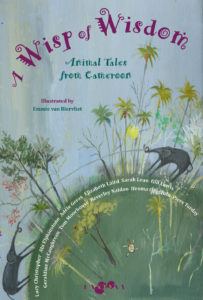 As the sun rises behind Mount Yuhan, a leopard, a hornbill, a civet and a tortoise ascend a ladder into the clouds. A fly picks a fight with an elephant. A monkey pits his wits against a crocodile. And that’s all before breakfast.

Armoured pangolins, blue-bottomed drill monkeys, red-legged francolins and red river hogs are just some of the fascinating creatures you will discover in this collection of folk tales from the Korup region of Cameroon, tales that are just as extraordinary as the animals that inspired them…

“A wonderful collection of stories”